Why Was Nelson Mandela Known As "Madiba"? 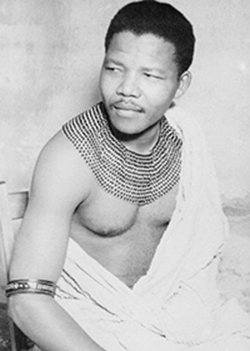 Nelson Mandela was called by many names in his lifetime. His favorite, the one repeated by people around the world, was Madiba. Mandela was a member of the Xhosa people and this was his Xhosa clan, or family, name. The Xhosa are a Bantu ethnic group from Southern Africa. Nelson Mandela or Madiba is one of the many noted members of this group.

There are approximately 8 million Xhosa throughout South Africa. Their language is the second most popular after Zulu. Before the end of apartheid, the Xhosa were denied South African citizenship, although they were allowed to retain their homelands. One important facet of Xhosa culture is the importance of helping others. This extends to strangers and to their own neighbors. The term “It takes a village to raise a child” can be attributed to the Xhosa with their focus on caring for their neighbor’s children as well as their own. Xhosa continue to practice certain rituals including the burying of a newborn’s umbilical cord near the village of their birth. From here comes the traditional Xhosa greeting “Inkaba yakho iphi?” or, literally, “Where is your navel?”. The answer will tell where the person comes from, his social status and who his clan is.

Clan names for the Xhosa are more important than their surnames. Clan names allow Xhosa’s to trace their family history to a specific ancestor. The clan identity or Isiduko is the first identity shared by the Xhosa with others. Strangers with the same clan name are considered family regardless of their surname. So important is the clan name, that men and women with the same clan name, regardless of their surname, are not allowed to marry as they are considered related. Women who marry may take their husband’s surname, but she retains her clan name, adding the prefix Ma- to it. For the Xhosa, it is shameful to not know one’s identity.

Madiba is the name of the Thembu chief Mandela’s family descends from. He ruled in Transkei in the 18th century. The name is used more with older people, especially men, and was what Mandela preferred to be called. In encouraging the use of his clan name, Mandela called attention to and honored his heritage. So identified with the name was Mandela that the brightly colored batik silk shirts he popularized were called “Madiba shirts”. When referring to Nelson Mandela as Madiba, the speaker was denoting a context of intimacy somewhat like a favorite nickname. World leaders who considered Mandela their friend, including President Bill Clinton and Desmond Tutu, a fellow Xhosa, called him by this name. In his hometown of Qunu, though he was the President, he was one of their own, a man who was comfortable walking the fields and chatting with children as he was working with world leaders.